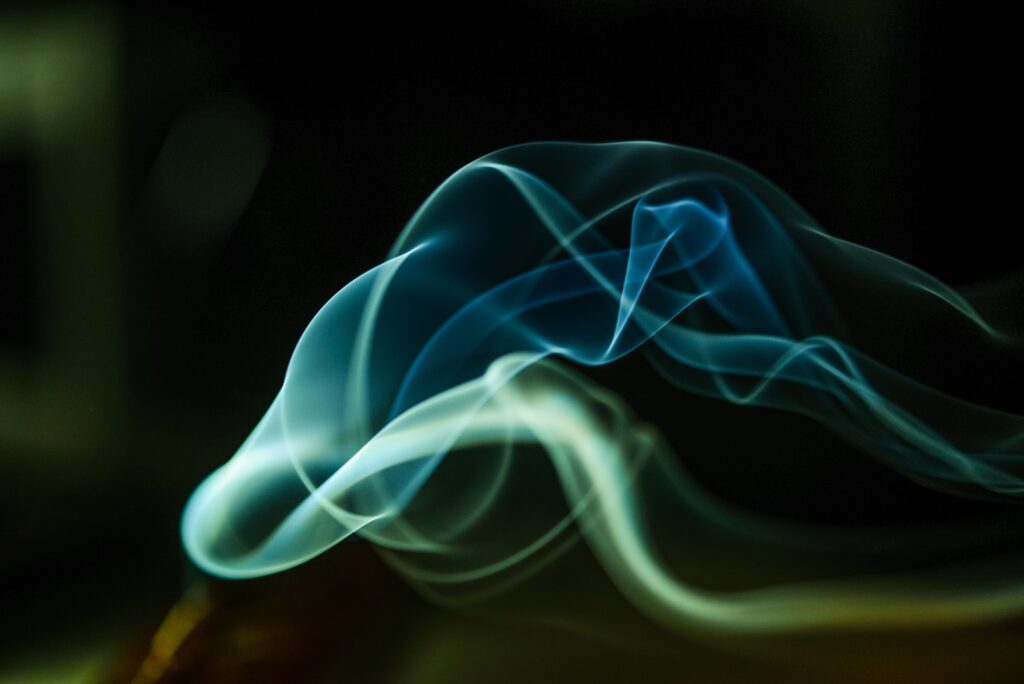 It’s hard to imagine the world without any sound since we rely on it so much. It’s the first thing we hear in the morning, whether it’s the birds or your alarm clock. The sound is everything around us – when people talk, when we watch TV or listen to music, etc. It might also be the last thing you hear before you fall asleep if your neighbor is loud or the dogs are barking.

How does sound travel?

It’s an impressive thing, and though the question seems simple, the answer to it is quite complicated. In the simplest words, the sound is an energy created by vibrations.

However, there’s much more to it so make sure to continue reading. We’ll talk about what the sound is, how it travels, what does it go through the best and much more.

It’s an impressive thing, and though the question seems simple, the answer to it is quite complicated. In the simplest words, the sound is an energy created by vibrations.
However, there’s much more to it so make sure to continue reading. We’ll talk about what the sound is, how it travels, what does it go through the best and much more.

What exactly is sound?

We’re talking about energy produced by vibration. Think about what happens when you hit a drum. Its skin vibrates so quickly forcing the air to vibrate. The air then moves and carries the energy everywhere around the drum.

The physical process of sound is what produces and sends it through the air. The psychological process is what happens in our brain and ears. It converts the energy into what we then call noise, music, speech, etc.

The sound, much like light, comes from its source. The difference is that sound can’t travel through a vacuum. It has to move through something like glass, air, water, metal, etc.

The science behind sound

Interestingly, sound, light, and water behave similarly. Have you ever noticed how beach waves are never the same? Some are larger while others have more power. This is because the energy that carries them is often at different levels.

The same thing happens with sound and light as well. Have you ever tried reflecting light off a mirror? In a similar way, you can also reflect vibration which is something we know as an echo. Echo is the energy that travels to the wall before it bounces back and to your ears. We all know echo doesn’t happen right after the sound as it takes time for the energy to travel.

One thing you have to remember is that these waves lose their energy. This is why you can only hear so far and on calm weather days. If the winds are too strong, you probably won’t hear the noisy club in the other street although you hear it well when the weather is calm. This is because the wind dissipates the energy.

Its speed mostly depends on the ambient conditions and the density of the medium. The medium can be thin or thick which will then determines how fast the energy will travel through it. The frequency is the total number of vibrations produced by the source.

How is sound created?

Every physical object causes vibrations when it moves in the air. This leads to creation of waves in the air that then continue to travel as a form of sound.

Much like the drum example we’ve mentioned above, our vocal cords also vibrate when we talk. This vibration happens in air, solid mediums and liquid. These vibrations can travel long distance which is what happens with trains on steel railroad. You know how you can hear the train approaching even when it’s still far away? It’s the vibration.

How do sound waves travel?

Vibrations travel through air at a speed of 343 m/s at room temperature. This goes up to 1482 m/s through water and 5960 m/s through steel. If it’s gaseous medium, the sound will go slowly because the molecules are loosely bound.

They have to travel a long distance in which case they often collide with other molecules. When it’s a solid medium, the atoms are much tightly packed, so the they travel fast. If the medium is liquid, the fragments won’t be as strongly linked, so the waves won’t move as quickly as they do through solid mediums.

The speed of sound

Have you ever heard of someone saying that an airplane broke through the sound barrier? Do you know what that means?

It means that the plane went so fast that it overtook these high-intensity waves it produces. The airplane then makes a sound called a sonic boom. This is why its sound comes to you before you ever see a plane up in the sky.

There’s no one way to tell how quickly it travels. It all depends on the medium since it moves at different speed trough liquid, solid, and gas medium. Its speed depends on how dense is the medium.

Sound also travels differently through different gases. If the air is warm, it will travel much faster than in cold air. It also moves 3x faster in helium than in ordinary air. You know the funny voices you talk in when you breathe in helium? This happens because the waves travel faster and in higher frequency.

How do we hear sound?

We hear with our ears in a seemingly simple process that’s actually quite complex. The impressive organ allows us to hear all kinds of sounds at different frequencies and distances.

The waves travel from the outer ear and through the auditory canal. This causes the eardrum to vibrate which then causes the ossicles to move. The vibrations move with the oval window through the fluid in the inner ear which then stimulates many tiny hair cells. As a result, the vibrations transform into an electrical impulse that our brain perceives as sound.

How does sound travel through a liquid?

Sound always travels in waves regardless of whether it goes through a gas, liquid or a solid medium. They move by particles that collide with one another. It’s a domino effect as one particle hits another much in the same way that the heat travels as well.

The waves don’t go at a rigid pattern in space when it comes to traveling through a liquid. The bond between molecules is usually much weaker, and it keeps breaking and re-forming. Once the pressure is raised at least a little bit, the liquid causes the particles to move to areas with lower pressure. These molecules then push those that are already there causing the pressure to grow in the area.

Molecules have inertia, so they usually go farther than it takes to even out the pressure. The process repeats until the waves carry the energy away. The best example of this are the multiple waves that spread out from where you drop a rock in the water.

How does sound travel through gas?

In conclusion, the sound travels much slower through gas than through liquids even when it’s the same substance.

If you ever thought about what sound is and how it travels, you probably also thought about music instruments. They are all essentially the same thing, producing sound waves with the same frequency and amplitude. So how they sound different?

Most people think how waves are identical, but the instruments vibrate differently from one another. However, the truth is that the waves aren’t identical. Every instrument produces lots and lots of different waves at the same time. The fundamental wave is the basic one and the one that has a specific amplitude and pitch. Higher-pitched sounds are harmonics also known as overtones. Every overtone has a frequency that’s higher than the fundamental.

This means that every instrument makes a pattern of fundamental frequencies and overtones called timbre. The combination of these waves gives a shape to produce a unique sound of each instrument. That’s precisely why each instrument is different.

There’s another reason and is that the amplitude of each wave changes uniquely every second. A flute produces quick sounds that die soon, while piano vibrations die slowly as they also take longer to build up.

The sound is always reflected from a particular surface at the same angle it strikes it. This allows us to focus sound with curved reflections the same way we use curved mirrors to focus light.

You must’ve heard of whispering galleries, the rooms where you can whisper a word at one point that can then be heard at another point quite far away. We use reflection to focus sound when talking through cupped hands and a megaphone.

However, reflection can be a severe problem in auditoriums and concert halls. If a hall isn’t designed the right way, the first word someone says in the microphone can echo for seconds. If they continue to talk, each word would then echo creating a whole mess. This happens with music just as well.

The issue is usually solved with sound-absorbing materials used to cover the reflecting surfaces. Acoustical tile, draperies, cloths, and many other materials can help. They are all porous allowing waves to enter through the small air-filled spaces and bounce in them until the energy is spent.

Interestingly, some animals also use sound reflection for echolocation. They rely on hearing instead of the sense of sight. Animals such as toothed whales and bats can emit sounds that are beyond our hearing limits and high as 200,000 Hz. Bats can even hear and locate a mosquito even if it’s in total darkness.

When a wave goes from one material to another at a certain angle, it always changes speed. This causes the wavefront to bend and is called refraction.

The best way to understand it is in a physics lab where they use a lens-shaped balloon, fill it with carbon dioxide and focus the sound wave.

When waves go through or around a barrier, the edge of it then becomes a secondary sound source that sends waves of the equally wavelength and frequency.

These waves then spread around, and we call that diffraction. This is a fun phenomenon because it allows us to hear sounds around corners even though sound waves actually travel in a straight line.

Interference occurs each time waves interact. In auditoriums, the interference between the sounds can create dead spots in which clarity and volume are poor. However, it can improve an auditorium’s acoustics if you arrange the reflecting surfaces, so the sound level is increased where the audience sits.

When the two waves that interfere have different frequencies, they create a tone of alternately decreasing and increasing intensity. The pulsations we then hear are called beats. This can be used to your advantage and is something piano turners do all the time. They adjust the tone of a string against a standard tuning fork until you can no longer hear the beat.

How do we use sound?

The sound has a huge part in our lives and is something we rely on every day. Animals probably depend on it even more as they use it for survival. They exchange sounds to communicate or scare off possible threats and different predators.

People have developed a bit more, so we use language. However, every language and every word is essentially a sound we use to communicate.

People also use high frequency sounds otherwise known as ultrasound for so many things from cleaning teeth to checking the baby inside a womb.

How to Soundproof a Wall

How to Soundproof a Room for Podcasting

How to Soundproof a Door 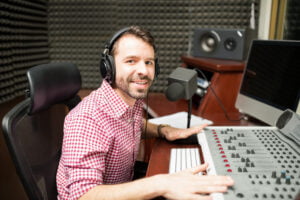